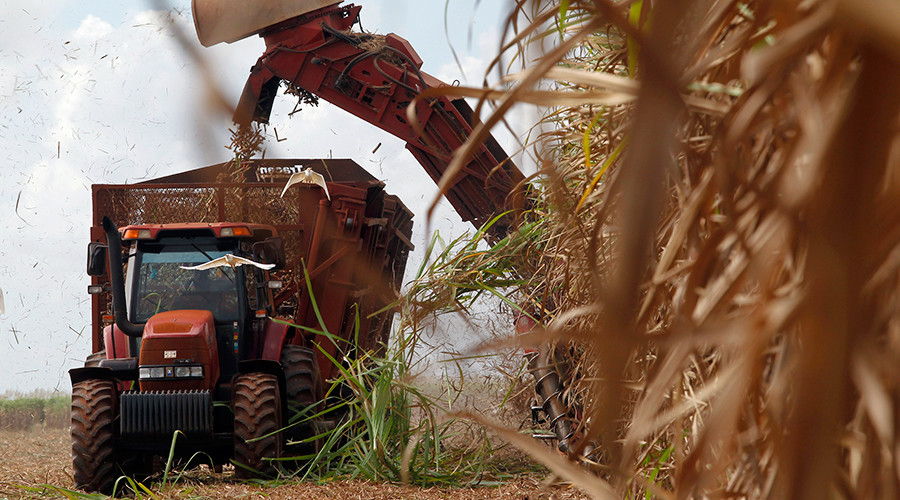 Sugar cane is harvested © Enrique de la Osa / Reuters
The sugar industry paid Harvard researchers in the 1960s to bury research linking sugar intake to heart disease and to instead make fat the culprit, according to a study of archival documents.

“These internal documents show that the Sugar Research Foundation initiated coronary heart disease research in 1965 to protect market share and that its first project, a literature review, was published in the New English Journal of Medicine without disclosure of the sugar industry’s funding or role,” stated the study.

The internal sugar industry documents were found in public archives by a researcher at the University of California, San Francisco.

UCSF researchers analyzed more than 340 documents indicating the relationship between the sugar industry and Roger Adams, then a professor of organic chemistry who served on the scientific advisory boards for the sugar industry, and Mark Hegsted, one of the Harvard researchers who produced the literature review.

The documents showed the sugar industry was aware of evidence in the 1960s that linked sugar consumption to high blood cholesterol and triglyceride levels and was thought to be risk factors for coronary heart disease.

The sugar industry commissioned Project 226, a literature review written by researchers at the Harvard University School of Public Nutrition Department, which concluded there was “no doubt” that the only dietary intervention required to prevent coronary heart disease was to reduce dietary cholesterol and substitute polyunsaturated fat for saturated fat in the American diet.

The sugar industry paid the Harvard scientist the equivalent of $50,000 in 2016 dollars.

The study found the NEJM review served the sugar industry’s interests by arguing that studies “associating sucrose with coronary heart disease were limited” and that sugar should not be included in assessments of risk of heart disease.

Researchers found the sugar industry would spend $600,000 (the equivalent of $5.3 million in 2016 dollars) to teach “people who had never had a course in biochemistry…that sugar is what keeps every human being alive and with energy to face our daily problems,” according to a UCSF press release. 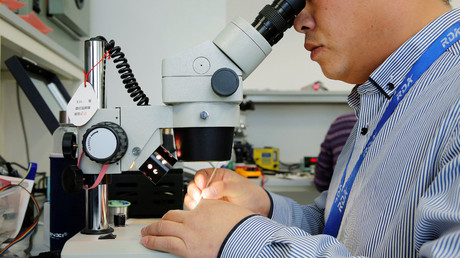 Among the documents was a speech from 1954 by Sugar Research Foundation (SRF) president Henry Hass, which showed that they recognized that if Americans adopted low-fat diets, then per-capita consumption of sugar would increase by more than one-third. The trade organization represented 30 international members.

“The literature review helped shape not only public opinion on what causes heart problems but also the scientific community’s view of how to evaluate dietary risk factors to heart disease,” said lead author Cristin Kearns, who discovered the industry documents.

Other documents showed the sugar industry became concerned in 1962 with evidence showing that a low-fat diet high in sugar could elevate serum cholesterol level. In 1964, the SRF vice president and director of research, John Hickson, said new research on coronary heart disease found that “sugar is a less desirable dietary source of calories than other carbohydrates,” and referred to the work since 1957 of British physiologist John Yudkin, who challenged population studies singling out saturated fat as the primary dietary cause of coronary heart disease “and suggested other factors, including sucrose, were at least equally important.”

“Hickson proposed that SRF ‘could embark on a major program’ to counter Yudkin and other ‘negative attitudes toward sugar,’” stated the study.

It found that Hickson recommended an opinion poll “to learn what public concepts we should reinforce and what ones we need to combat through our research and information and legislation programs,” a symposium to“bring detractors before a board of their peers where their fallacies could be unveiled,” and recommended the sugar industry fund coronary heart disease research to “see what the weak points there are in the experimentation, and replicate the studies with appropriate corrections. Then publish the data and refute our detractors.”