As we knew all along, a recent interview between John Pilger and Julian Assange :

John Pilger: The Saudis, the Qataris, the Moroccans, the Bahrainis, particularly the first two, are giving all this money to the Clinton Foundation, while Hillary Clinton is secretary of state, and the State Department is approving massive arms sales, particularly Saudi Arabia.

Julian Assange: Under Hillary Clinton – and the Clinton emails reveal a significant discussion of it – the biggest-ever arms deal in the world was made with Saudi Arabia: more than $80 billion. During her tenure, the total arms exports from the US doubled in dollar value.

JP: Of course, the consequence of that is that this notorious jihadist group, called ISIL or ISIS, is created largely with money from people who are giving money to the Clinton Foundation?

The Saudis making money, Clinton on the backhanders and everyone else paying for it. Does it get more  narcissistic than this?

Iraqi Army Discovers US made missiles in ISIS Military Base in Mosul. 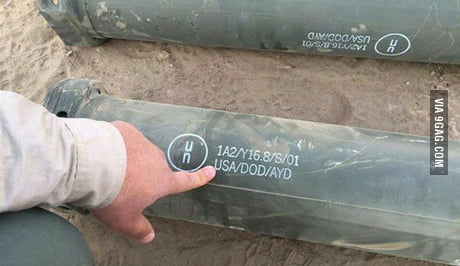