The next time some financial pundit tells you to buy stocks, show them this chart.

It’s an incredibly interesting take on not only how expensive stocks are right now, but also how the monetary system has left the average guy behind.

The Dow Jones Industrial Average, when priced in the average blue-collar hourly wage (based on the US Labor Department’s historical data) is now, you guessed it, at an all-time high.

This means that it takes the typical worker more hours of sweat and labor to buy the Dow than ever before in at least the last five decades.

Investing… saving money and trying to build wealth… is simply out of reach for the average guy.

The line of bull that politicians and central bankers try to sell us all the time is that our prosperity is increasing.

This is a bizarre assertion since all they’re really doing is racking up record amounts of debt and printing unprecedented quantities of money.

Their own statistics, in fact, show that when adjusted for inflation, “real wages” are far lower than they were more than 15 years ago.

This is a classic example of the high priests of the monetary system using the middle-class as a sacrificial lamb for the benefit of a small banking elite.

Take a look for yourself: 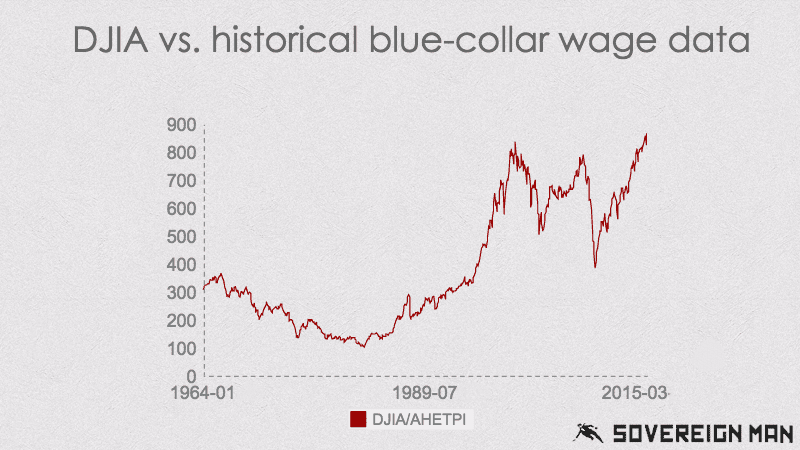