A former government building due to be demolished in Dublin, Ireland has been taken over by a group of homeless people and activists to provide emergency shelter to the city’s growing homeless population.

The 10-story building was opened to the homeless on Friday after activists broke into the unoccupied property, which has gone into receivership. It is now at full capacity with 35 residents inhabiting it, according to Home Sweet Home campaign organizers.

Meanwhile, the property’s receivers, Mazars, appointed by ‘bad bank’ the National Assets Management Agency (NAMA), sought injunctions at the High Court to order those in the building to vacate it.

Citing health and safety concerns, the receivers have called on the group “to immediately end the current occupation in the best interests of those who are staying there”.

“This illegal occupation of Apollo House has resulted in the loss of fire insurance cover for the building which poses an immediate and significant risk to the occupants and to neighboring property and occupiers. As the Receivers to Apollo House we cannot responsibly allow this situation to remain,” the statement read, according to The Journal. 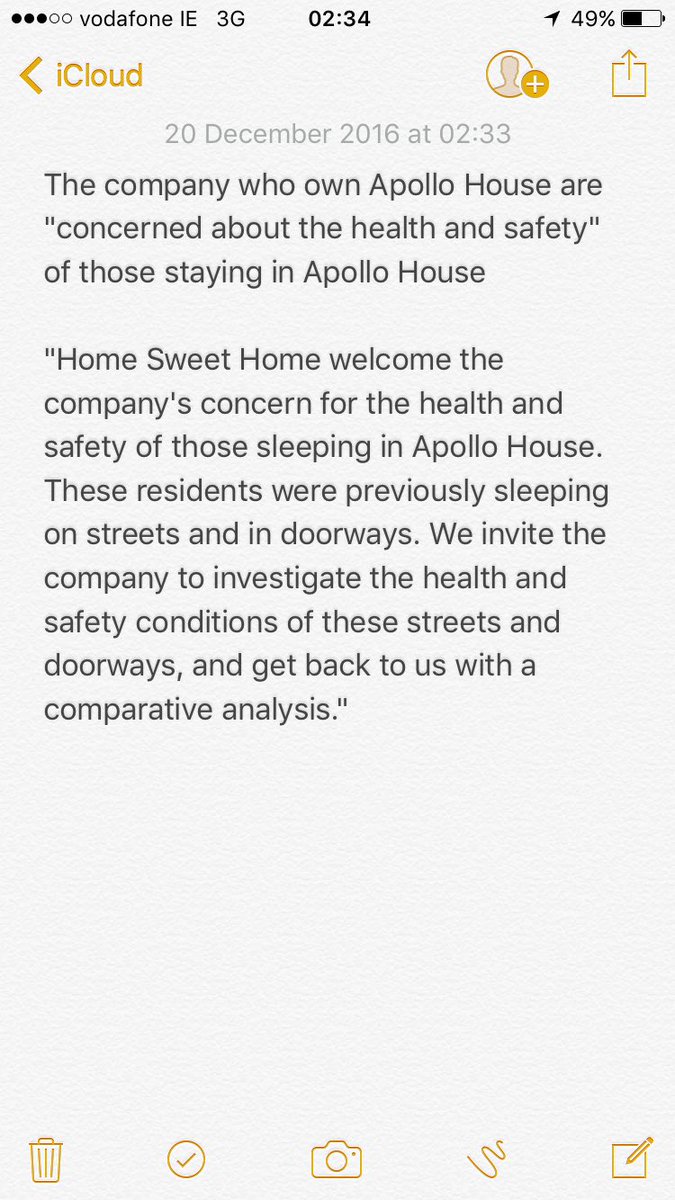