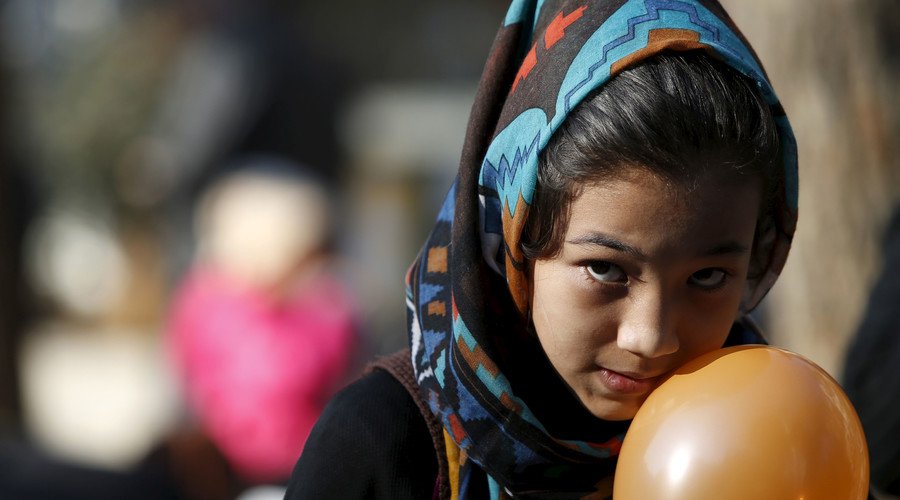 A government report from 2012 revealed that more than half of all Muslim marriages in Germany involve a bride under 18.

More than one million refugees moved to Germany in 2015 under Chancellor Angela Merkel’s open door policy, and the country is expecting an estimated 300,000 new refugees this year.

Some 1,475 minor refugees, mostly girls, have arrived in Germany already married, the majority of whom come from Syria, Afghanistan, and Iraq, an official report cited by German media says. Almost one in four are reportedly less than 14 years old.

The numbers from the government migration office were released in the Westdeutsche Allgemeine Zeitung (WAZ) newspaper on Friday.

According to data collected in July of this year, some 1,475 refugee minors were recorded by the migration office as married. The usual minimum age for marriage in Germany is 18, but an exception can be made for 16-year-old children if they have their parents’ permission.

For FOUR years, Germany and other countries have allowed paedophiles to reside openly in their country without taking legal action?

Britain has 1500 plus cases in Bradford alone – another Muslim enclave, and STILL, the Government does nothing but hand over money and close their eyes.

What a disgrace these politicians are. The ‘West’ has a set of values – it must be upheld and the scum evicted.

Send the paedophiles back to where they came from after castration and without the poor kids.

There is a high statistical correlation between the UK’s Muslim community and paedophile gangs. The Times and The Daily Mail in 2011 reported some illuminating figures:

Charities and agencies working in conjunction with the police to help victims of sexual abuse in such cases have publicly denied there is a link between ethnicity and the on-street grooming of young girls by gangs and pimps.

But researchers identified 17 court prosecutions since 1997, 14 of them in the past three years, involving the on-street grooming of girls aged 11 to 16 by groups of men.

The victims came from 13 towns and cities and in each case two or more men were convicted of offences.

In total, 56 people, with an average age of 28, were found guilty of crimes including rape, child abduction, indecent assault and sex with a child.

Three of the 56 were white, 53 were Asian. Of those, 50 were Muslim and a majority were members of the British Pakistani community.

Those convicted allegedly represent only a small proportion of what one detective called a ‘tidal wave’ of offending in Yorkshire, Lancashire, Greater Manchester and the Midlands.

A very strong argument that goes straight to the core and deep to the foundations of the correlation between Islam and paedophilia.

Islam does not forbid paedophilia, indeed it allows and even rules about it. The following Quranic verse refers to times when divorce is allowed – notice “those too who have not had their courses”, meaning prepubescent girls (wives) who had not started menstruating:

And (as for) those of your women who have despaired of menstruation, if you have a doubt, their prescribed time shall be three months, and of those too who have not had their courses; and (as for) the pregnant women, their prescribed time is that they lay down their burden; and whoever is careful of (his duty to) Allah He will make easy for him his affair. Qur’an 65:4

And from the Bukhari, a collection generally regarded as the most authentic of all hadith (saying or act of Muhammad) collections:

Allah’s Apostle said to me, “Have you got married O Jabir?” I replied, “Yes.” He asked “What, a virgin or a matron?” I replied, “Not a virgin but a matron.” He said, “Why did you not marry a young girl who would have fondled with you?” Bukhari 59:382